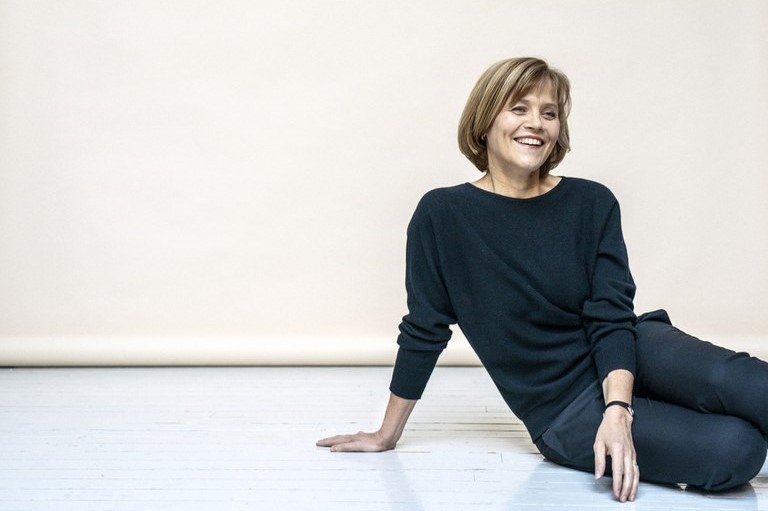 I work as a Professor of Dance Pedagogy at Theatre Academy of the University of the Arts Helsinki, Finland and lead the MA program for dance pedagogy. I am also a founding member of CERADA and involved in CERADA’s operations both as a member of the management team and as a researcher and head of a research group (Arts@School) in the ArtsEqual project. I have worked in a variety of positions in the field of dance and art pedagogy during my entire professional career, both at the grass roots level and in many academic and also administrative duties. 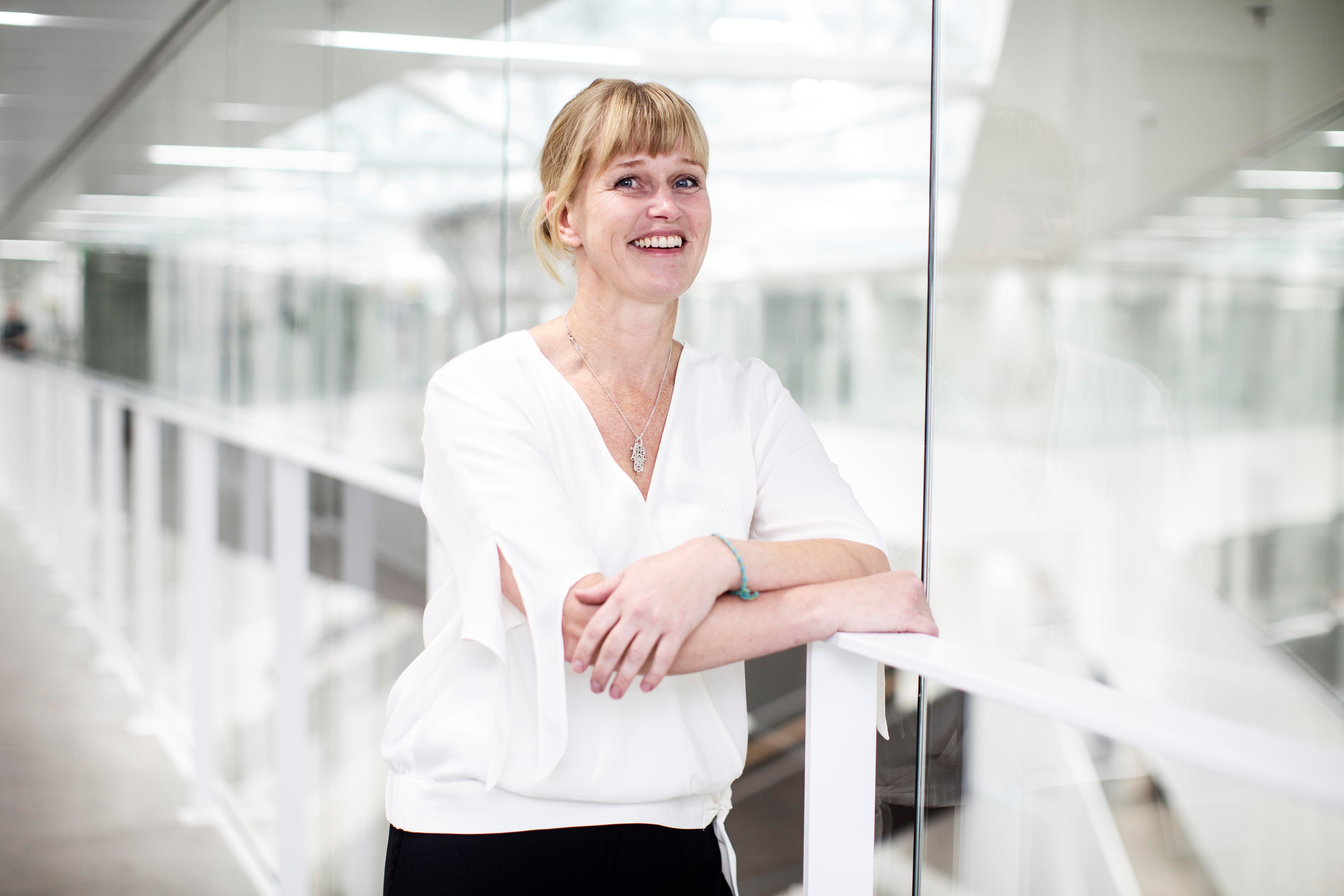 I am the Professor of Art Pedagogy at the Department of Art of Aalto University’s School of Arts, Design and Architecture. I have also taught and worked as a research scientist in four different universities in the United States.

I joined the Observatory as a representative of Aalto University during the first year of the Observatory's operations and feel that our cooperation is becoming increasingly relevant. It is great to be involved in the development of a nationwide network of operators and information that connects research and operations in the field of arts and cultural education and in influencing the future of our field. The Observatory’s strength lies in understanding uniqueness and in appreciating diversity and, on the one hand, in a strong belief in the importance of our joint work in building culture and society.

In the Observatory, I represent Aalto University’s Art Education Degree Programme, but on the other hand, it is always our duty to consider all themes and challenges from the perspective of the field as a whole. I am currently a member of the editorial team for ENO’s second yearbook and participate in the planning of the seminars organised by the Observatory.

In my opinion, the greatest thing about the Observatory for Arts and Cultural Education, Finland is cooperation and a strong commitment to the furthering of common goals. In our meetings and activities, we often frankly and openly disagree on the matters discussed, or approach them from different perspectives. However, in all of our activities, we are united by our efforts to produce, facilitate, support and further such activities, knowledge and research that respect the existing activities and at the same time build a stronger, more ethical, meaningful and accessible field of arts and cultural education.

I am Aleksi Valta, Executive Director of the Association of Finnish Children’s Cultural Centres. The association is one of the two founding members of the Observatory, and I joined the Observatory’s operations right after starting as Executive Director in the late autumn of 2018. I engage in lobbying activities and promote the work of children’s culture centres and the parties engaged in their operations in practice. In the Observatory's activities, it is indeed the dialogue and combination of research and practice that is of special interest.

The Observatory for Arts and Cultural Education, Finland has an exceptionally broad cooperation network to promote art education and culture. We have a broad representation of the sector, and the Observatory serves as an enabler of dialogue and lobbying activities.

My name is Jaana Nuottanen, and I am the Executive Director of the Finnish Association of Adult Education Centres with a long professional history in the development of adult education, lifelong learning and competence development. I was invited to join the Observatory at the end of 2018.

I feel that I represent, in particular, the non-formal art education provided all around Finland that promotes non-degree based, self-motivated empowerment and holistic improvement of wellbeing. Many adult education institutions also provide basic education in the arts. The best thing about the Observatory’s operations is the cross-pollination of research, science, practical activities and practices, and education and operating policy lobbying: the development of art education for people of all ages is a common goal in pursuit of which each party engaged in the operations brings its own special expertise. In fruitful interaction, something completely new emerges from a variety of starting points and perspectives. 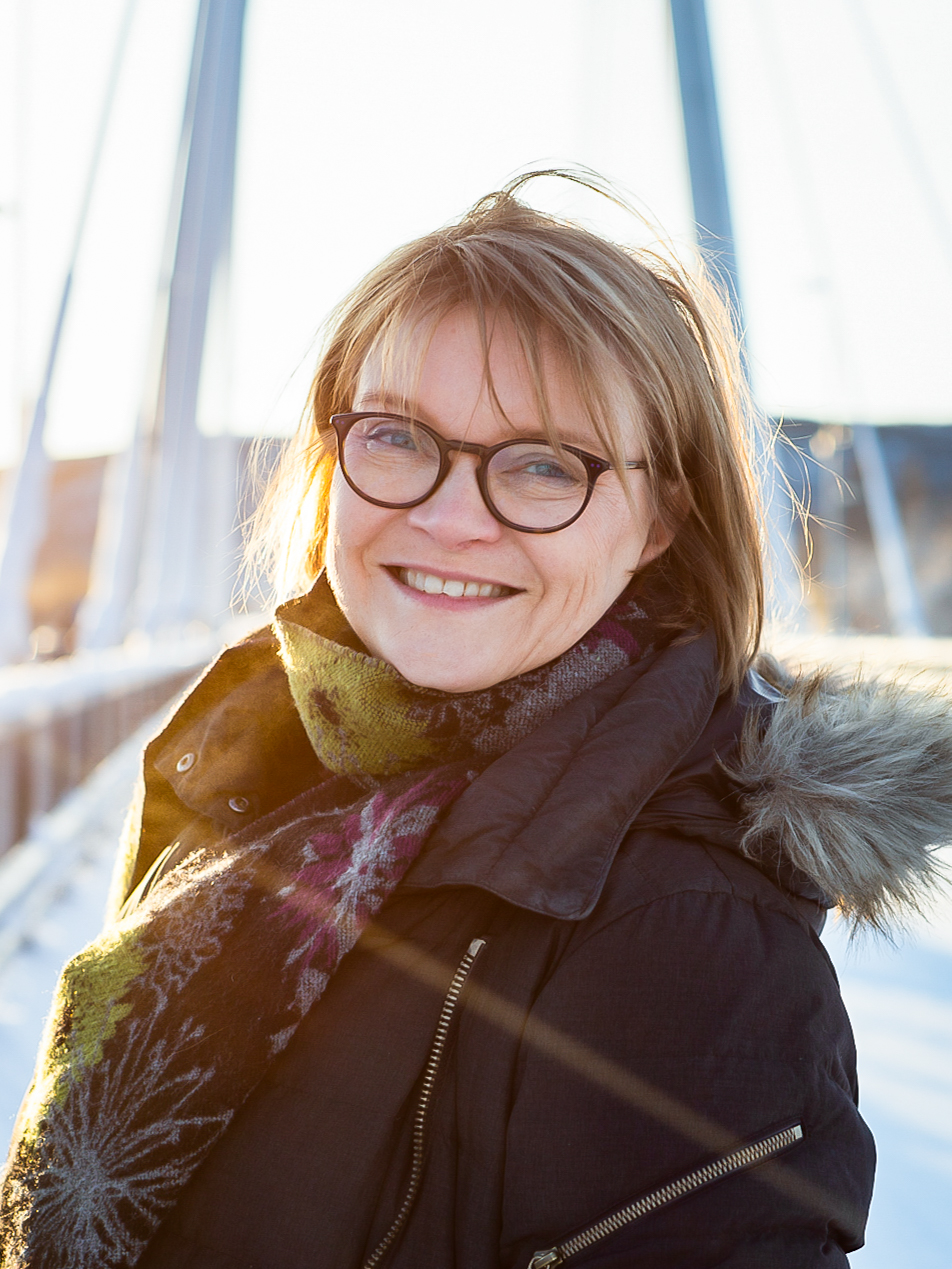 My name is Mirja Hiltunen (Doctor of Arts, M.Ed.), and I am Professor of Art Education in the Faculty of Art and Design, University of Lapland as well as Docent in the University of Oulu. I have also worked as a Visiting Professor at Aalto University’s School of Arts (2016–2017). I have nearly 30 years of experience as a teacher educator, and before that I also worked in visual arts teaching duties in basic and upper secondary school education.

An important task of the Observatory for Arts and Cultural Education, Finland is to bring together socially relevant research into arts and cultural education and to engage in discussion on the status of art, culture and cultural values as part of our society. The Faculty of Arts is an active partner of the Observatory, and I have been involved in the Observatory’s operations since its establishment. In this work, I see as central question the right of every child and young person to teaching in art subjects under the guidance of competent arts and crafts subject teachers and the right to engage in artistic hobbies with professional guidance irrespective of age, place of residence or socio-economic background.

In my research in the field of art education, I am particularly interested in inclusion, place-specificity, performativity and social engagement.  I have been involved in national and international research and development projects in a variety of roles and, as part of the art teacher education, directed a number of environment-related projects and art events in which interaction between northern villages and contemporary art, as well as ways of providing community-based art education, have been sought and studied. I am currently involved as a researcher in a large European project named “Acting on the Margins – Art as Social Sculpture” (H2020) coordinated by the Faculty of Arts.   I have published a number of national and international publications in the field of art education and have actively participated in scientific conferences and art exhibitions in the field.

I worked as a Professor of Psychology and, before that, as a lecturer and assistant in applied psychology at the University of Jyväskylä, where I had started my studies in Finnish, literature and psychology in 1958. In that year, Jyväskylä College of Education expanded its field from education science to humanities. My career has been marked by my interest in the humanities and education science, even if I soon selected psychology as my major subject due to the research prospects it opened up. Martti Takala, Professor of Psychology and President of the University, was an inspiring teacher who encouraged my independent research.

I defended my doctoral dissertation on differences in social behaviour between second class pupils in 1969. Rather than only the problems that children have, I was interested in the manifestations of positive behaviour and factors that support positive development. This study lay the foundation for monitoring the development of a group of children in a study that still continues today. I compiled the last data set myself in 2009 as the subjects turned 50. Katja Kokko, who currently leads the research project, is collecting data as they have reached the age of 60. After my retirement, I have served as the chairperson of the Haukkala Foundation, which was established in 2013 to support children's positive development.

As early as the mid-1970s, I noted in my study titled Lapsesta aikuiseksi that thoughtful and positive behaviour in pupils aged 14 was linked to their possibilities of participating in recreational activities, as described in my book Kotikasvatuksen psykologia (1977, pp. 251–269). When Finland was hit by a recession in the 1990s, services targeted at children were cut rapidly. As a result, the appropriations for schools’ recreational activities were slashed to one quarter of what they had been before, and young children who had started school could no longer attend afternoon groups in day care services. As a consequence, the children were left without adult support while their parents were in full-time work, as is customary in Finland. Among other venues, I spoke about this theme at a small seminar organised in the presidential residence of Mäntyniemi (1996). Mrs Eeva Ahtisaari, the spouse of President Ahtisaari, shared my interested in this topic. Our joint efforts succeeded in ensuring that the expansion of afternoon activities for schoolchildren and the development of their content were set down in the programme of Prime Minister Lipponen's second government (15 April 1999).

I describe these events in my book Mukavaa yhdessä (2002). The book also contains an introduction to the MUKAVA project, which started with a visit of the parliamentary Committee for the Future to the new Agora building in Jyväskylä. On the initiative of Kyösti Karjula, a Member of Parliament, I was invited to plan and lead a research project aiming to support schoolchildren's positive social development. I prepared a proposal for experimenting with a new type of structure for the school day, which would include recreational activities selected by the children. This three-year project (2002–2005) was funded by Sitra. The Academy of Finland supported the research project in association with the Centre of Excellence in Human Development and its Risk Factors (1997–2005), which I led. In participating schools, the pupils could choose their preferred activities among a wide variety of pastimes, and an effort was made to find teachers and competent persons from outside the school to lead the groups. The experiment is described in the book Eheytetty koulupäivä (2005), which I wrote with President Leevi Launonen, the main coordinator of the project.

Research findings published later which, among other things, have been discussed in my publication An inspiring school day: A proposal for making a flexible school day an established structure (2015, http://urn.fi/URN:ISBN:978-952-263-341-5), indicate that especially artistic recreational activities are linked to pupils’ positive social behaviour and good working habits. Putting the findings into practice for the benefit of children has taken time, even if an amendment to the Act on Morning and Afternoon Activities entered into force in 2004. I am delighted that the Finnish Observatory for Arts and Cultural Education has set the aim at organising equal opportunities for participating in recreational activities for children at school.

I worked with Iina Berden and Eeva Anttila to found the Observatory, and I have enjoyed being able to join in the vibrant activities as a type of godmother. This work is in every way compatible with my values. I have an affinity with art in its different forms, although due to my choir activities, music has been closest to my heart. In the 1980s, I contributed to starting music therapy education in Jyväskylä. I believe in the revitalising power of arts and enjoyable hobbies, and it is my hope that we will succeed in creating a Finnish model that brings opportunities for recreational activities to everyone and is also fit to be used as an example for other nations.

I am Viivi Seirala, Executive Director of the Association for Basic Education in the Arts (TPO). The Association for Basic Education in the Arts is a partner of the Finnish Observatory for Arts and Cultural Education, and I joined in when I started in my current job in autumn 2018. As a representative of basic education in the arts, my viewpoints are based on promoting long-term and goal-oriented, curricula-based art activities and teaching of arts targeted specifically at children and young people. Dialogue with other arts and cultural education actors is also central, as well as a broader reflection on current and future issues in the field.

The best thing about the Observatory is its unique community that approaches art education from different angles. Together we represent a very broad range of different areas of this field. Knowledge and competence acquired through research and practice combine into a whole in which our strength lies in efforts to achieve the common goals by approaching them from several different directions.